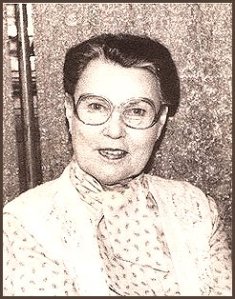 Always ahead of her time, Mrs. Horton, best known as “Reenie,” settled in Morrison in the 1940s and started a Mexican restaurant called El Gallo Tuerto with her business partner, Mildred Goodrich. This successful effort, preceding the popularity of Mexican restaurants in Denver, lasted into the 1970s in the historic house once occupied by Morrison’s horse-and-buggy doctor, Dr. Frank Luce.

Mrs. Horton was responsible for the research and documentation that gave us our knowledge of Morrison’s historic buildings, and it was her application that led to our designation as a National Register Historic District in 1976. Today her efforts to protect Morrison’s fascinating past are carried on by her daughter, Lila Horton, and other volunteers who work to save Morrison’s rich history.

The original Morrison Historical District Museum was founded by Lorene Horton in 1981. Reenie was an enthusiastic amateur historian who collected as much information—and as many artifacts—as she could to establish Morrison as a major historic treasure of the Colorado Front Range. With 70 documented buildings or sites, Morrison offers more history in its small space than many larger towns. She produced a small pamphlet, Tour of Morrison Historical Sites, that, with minor modifications and updates, is still in use today.

Lorene Horton was elected to the Jefferson Co. Hall of Fame in 1989.

Lorene’s daughter Lila carries on her mother’s love of history and cares for the family home, now the Horton House Bed & Breakfast. Read more about Lila in this 2006 article.